The terraces afford a breathtaking view of the park of Chambord in all its majesty. Along with the spiral staircases, they represent one of the most emblematic sections of the château. In the center stands the Tour Lanterne, showpiece of the château. Adorned with decorative moldings, ornaments and plates of slate, the chimneys and turrets bring into being a truly timeless universe.

Historical background: “A woman with her hair blown into the air by the wind”, that is how Chateaubriand described the magical and majestic entity formed by the 282 chimneys of the château. 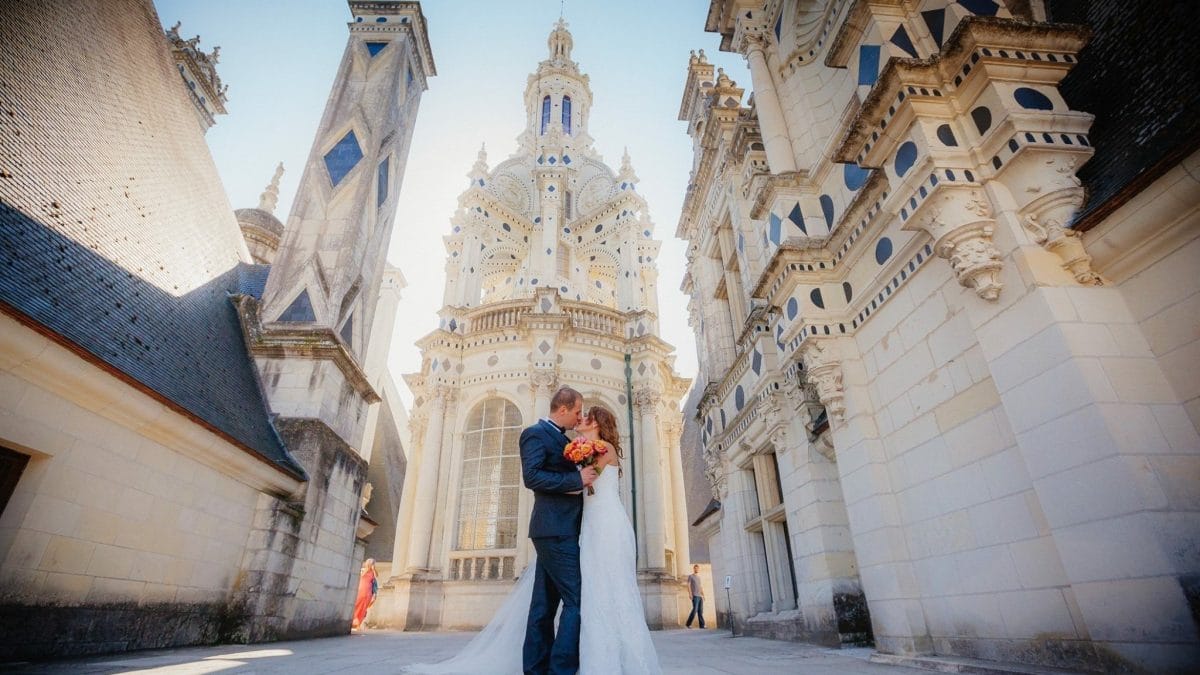 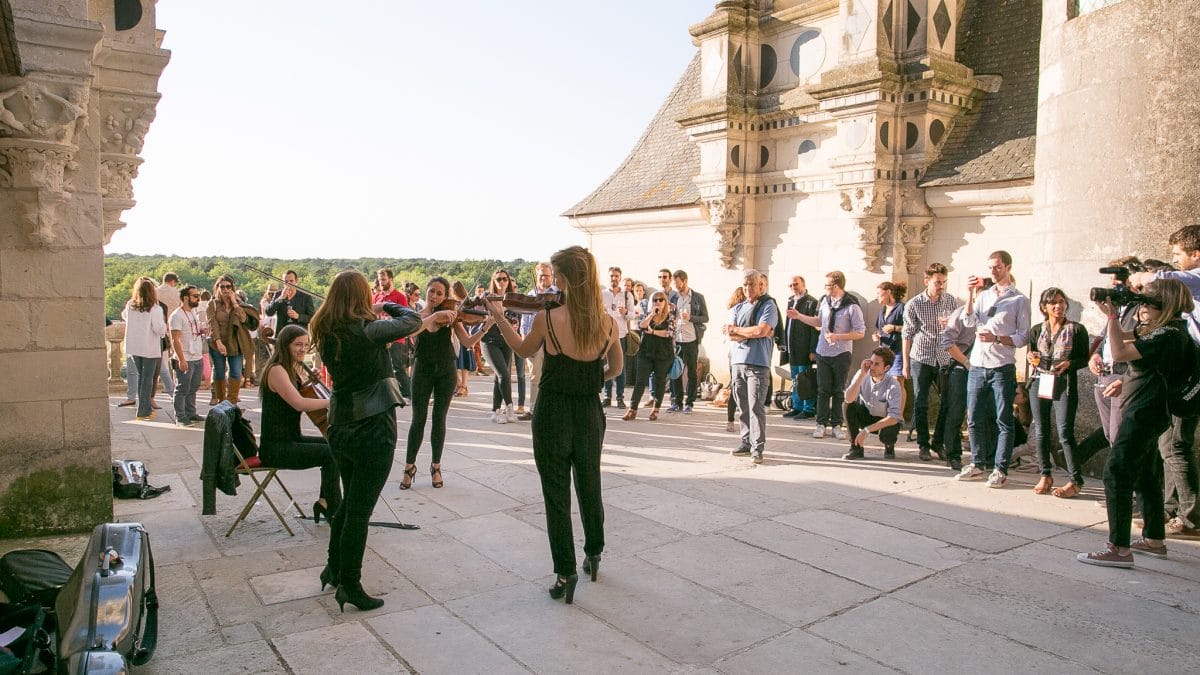 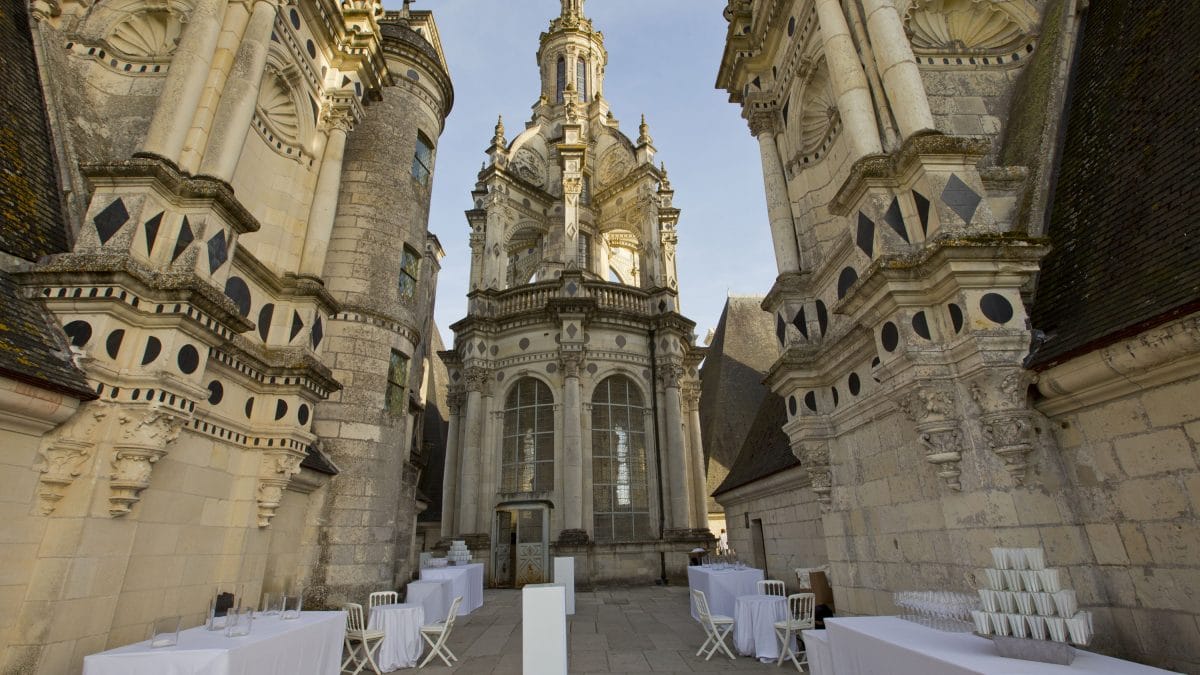