Not to be missed

Enter a word apart, suffused with mystery, thanks to the extraordinary architecture imagined for the glory of François I, where the spirit of Leonardo da Vinci reigns eternal.

In the center the main building awes the visitor with the sheer mass of its four monumental corner towers.

It is known as a “donjon” (“keep”, in English) in reference to medieval castles, and as a symbol of military power.

Inside the keep, four spacious vestibules form an equal-arm Greek cross, the center of which is occupied by the renowned double helix staircase.  This centered plan was previously unknown in any French royal palace; after all, cross plans are usually reserved for religious buildings. As an architectural reference, it indicates the sacred status of the king of France.

Due to the cross plan, the four living quarters on each floor of the keep are totally the same. Only the two opposed wings – the eastwards royal wing, and the westwards Chapel wing – differ from one another. These two sections can be reached starting from the court by means of the open corner staircases or the galleries on the floors.

Visits revolve around exploration of the three floors of the keep; after ascending the grand central staircase the visitor will discover the wings, strolling through the galleries connecting them to the donjon.

The buildings that seal off the court form a low enclosure of which the covering and uses have varied over the centuries; first functioning as terraces masking the unfinished kitchens and utility rooms, from the 17th through the 19th century they were mansard-roofed to help shelter the domestics and attendants residing above the kitchens and the stables.

The double helix staircase has retained its incontestable status as the most striking architectural feature of the building. Even though it remains invisible on the château silhouette seen from the outside, its position in the center of the immense square-shaped keep showcases the staircase in  a previously unprecedented manner. The celebrated staircase consists in a hollowed central core and, twisting and turning one above the other, twinned helical ramps servicing the main floors of the building. Their marvelous inventiveness recalls sketches by Leonardo da Vinci… And magically enough, when two persons use the different sets of staircases at the same time, they can see each other going up or down, yet never meet. Today’s spectators remain as spellbound as though of olden times.

On the second floor of the keep, the cross-shaped room catches visitors by surprise; each of its arms is covered by an immense lowered arc-shaped vault adorned with the emblems of François I: the monogrammed “F”, salamanders spitting out water to extinguish the “bad” fire, salamanders swallowing the “good” fire, and knotted rope motifs. What with their hundreds of iterations, these high-relief emblems attest to the king’s determination to stamp his imprint on every last ceiling of the keep. In addition, these singularly sturdy vaults not only bear the weight of the paved terraces above, but also comprise an ingenious rainwater evacuation system. 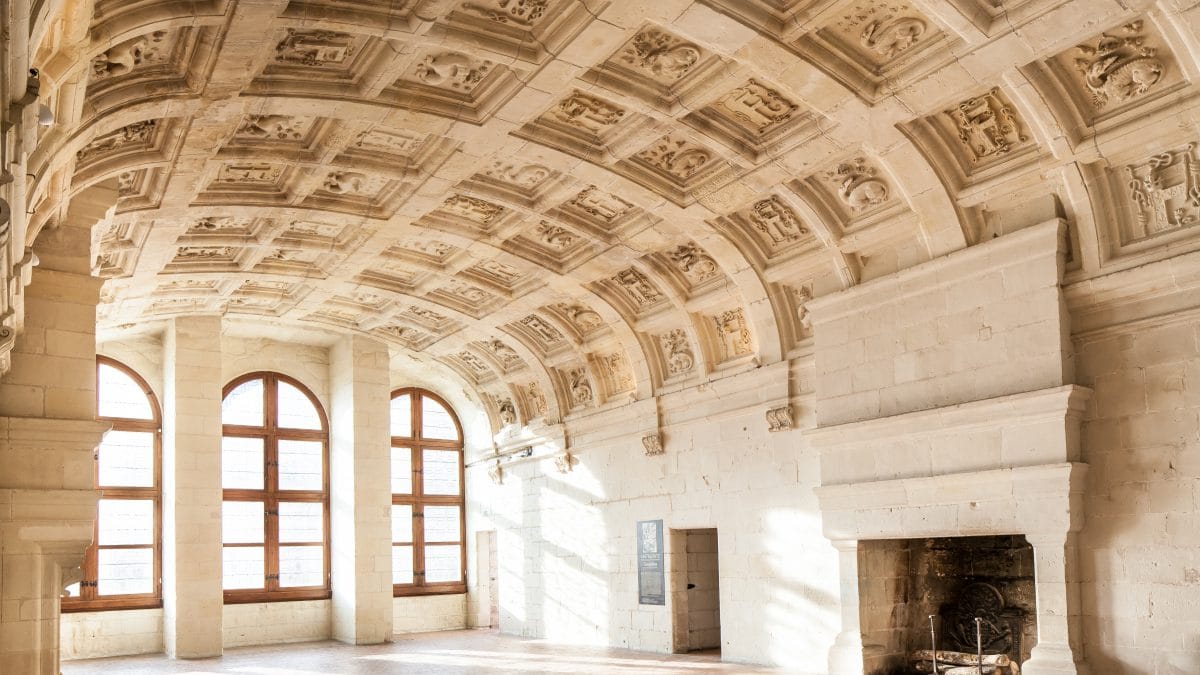 Over 60 rooms to be discovered!

Enter a universe of genius; come and discover the renowned spiral double helix staircase, a collection of 4500 art objects in the refurbished apartments and over 60 rooms open to the public. 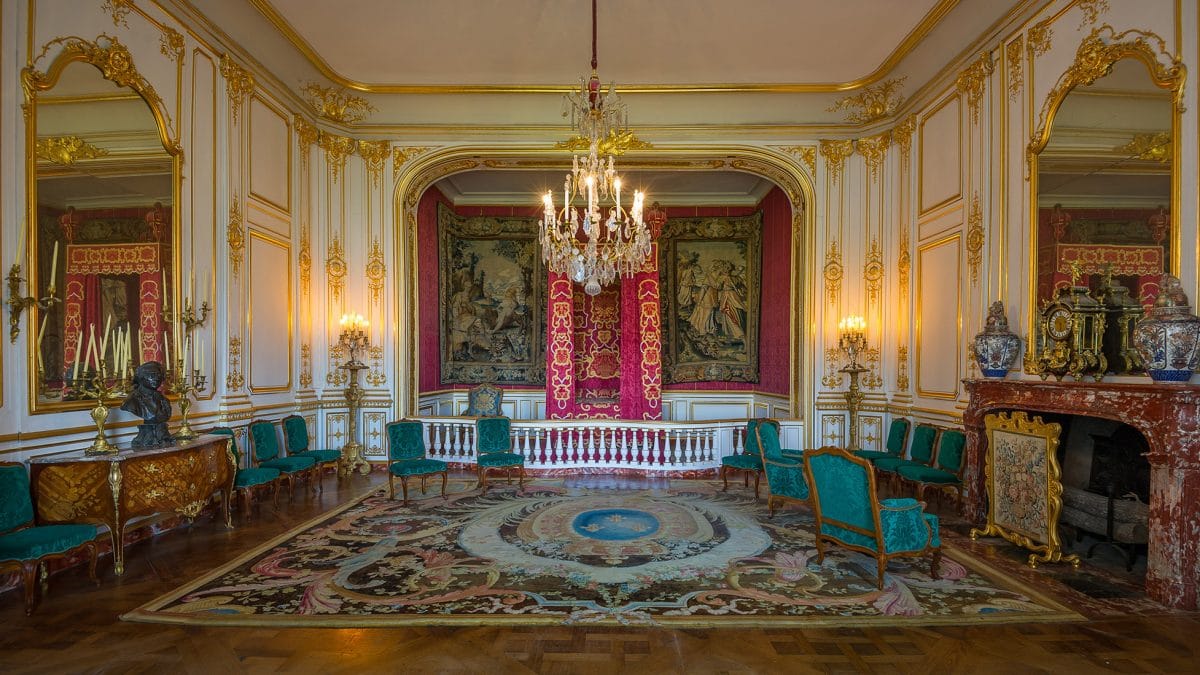