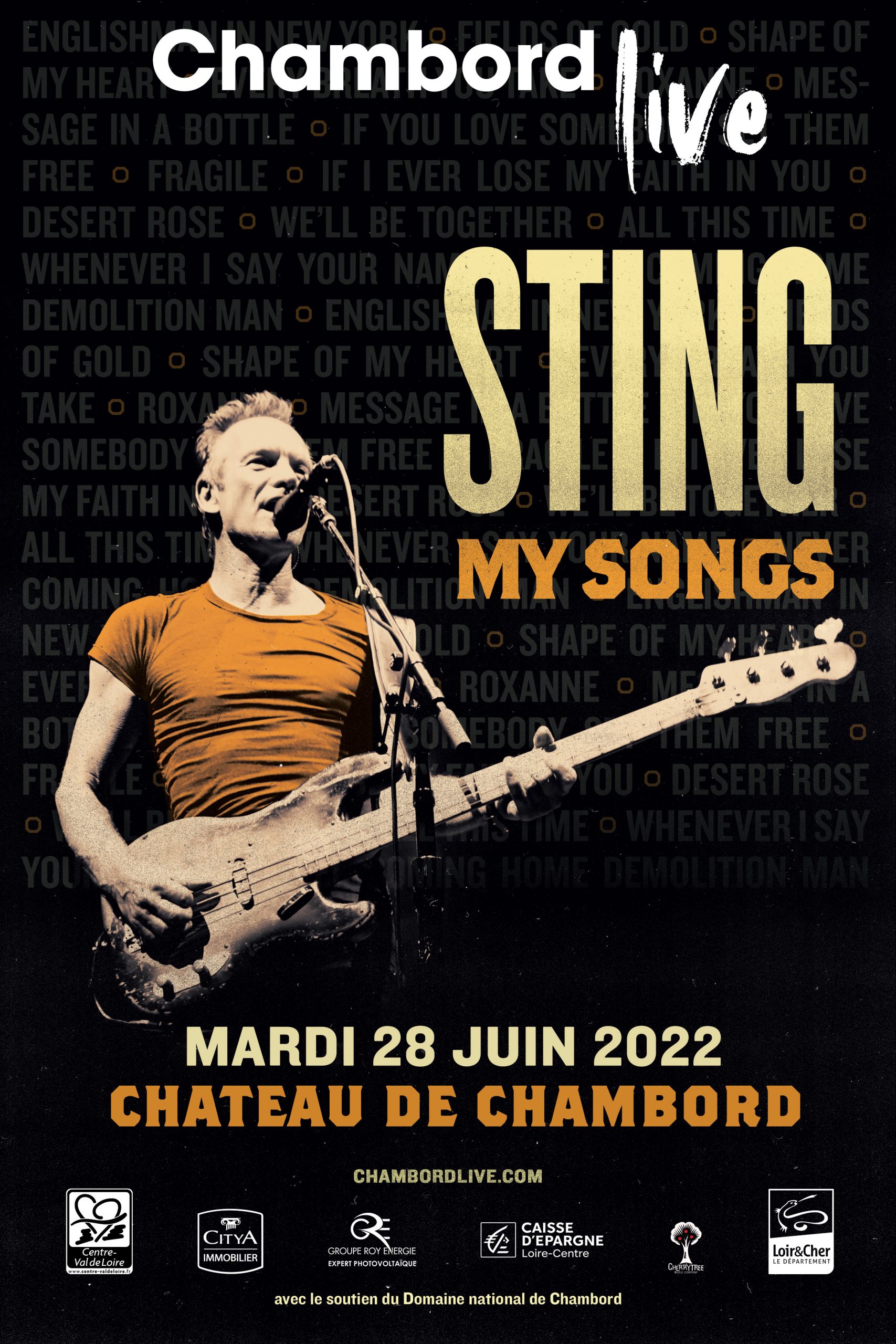 The meeting of the Renaissance and rock! Two icons were present: an internationally renowned rock star and a world famous castle. Chambord danced to the rhythm of Roxanne and Shape of my heart!

Sting actually performed in front of spectators from all over France. “I’ve just arrived from Cannes. I discover one of the most beautiful monuments in the world to listen to a monument of pop music”, confides Veronique, installed since 14H00 in front of the stage, with the castle in background.

“This concert is a wonderful way to circulate the images of France and its heritage around the world. This castle is a representation of perpetual renewal,” Jean d’Haussonville, the general manager of the Chambord national estate, told AFP.

Initially scheduled for July 1, 2020, the concert finally took place two years later. The two successive postponements due to Covid-19 did not resign the spectators, nor the organizers. “Chambord is an asset to convince artists because it has nothing to do with a Zenith, an exhibition center or even a stadium. We are preparing other great concerts in this setting”, promises the director of AZ Prod, a show production company based in Tours (Indre-et-Loire).

This concert in Chambord is part of the summer tour “My Songs” of the British star. Sting interpreted his greatest personal successes but also those of the group Police.

“I’m lucky to be playing in such a beautiful place.” Sting, the legendary bassist and singer of the band Police, played a concert at Chambord on Tuesday night in front of more than 20,000 spectators.

“All concerts are important to me. But this is Chambord! I’m lucky to play in such a beautiful place,” Sting told AFP before taking the stage.

“Because I started my career playing in clubs and cellars. So, obviously, when you play in such a beautiful castle and people come from all over France to see you, you can only be grateful,” he continued.

He returned to AFP on “Russians”, one of the major songs of his career, written in 1985. “I wrote +Russians+ in reference to the Cold War. Not imagining that 40 years later, it would still be relevant. It makes me very sad. I love the Russians. I have spent a lot of time in this country. I am appalled by what Mr. Putin has done. My song today is a sign of solidarity with the Ukrainian people.

First part of the concert

Edgär – This duo of young Amiens, mixes guitar and electro arrangements. Edgär is the songwriting of Simon, the harmonies of Garfunkel and the French touch of Phoenix all to announce an elegant electro/pop.

Grande – Moving from folk and its stripped down ballads to the snarls borrowed from rock, the Grande duo builds a world where imaginary beings invite themselves to dance with our joys, our angers and our fears. It’s a voice that scratches and cradles our souls, the enveloping frenzy of a violin and a guitar that sometimes caresses, sometimes hurts.

Joe Sumner – Singer and bassist of the English rock band Fiction Plane, it is in solo that the son of Sting interpreted his rock repertoire.

Chambord Live : THE ANNUAL MEETING NOT TO BE MISSED

Chambord Live is committed to providing you with an annual rendez-vous for a unique experience: a meeting of an exceptional place, steeped in history, and internationally renowned artists.

Emblem of the French Renaissance throughout the world, for one evening, Chambord, which was once the home and festive residence of the kings of France, will once again be transformed into a place of jubilation and artistic creation, as it has been since its construction 500 years ago, in 1519.