Our patrons and sponsors

The donation of Stephen A. Schwarzman, President, CEO and founder of Blackstone, funded the restoration work of the French formal gardens.

On March 20, 2017, after seven months of work, visitors discovered the joys of strolling and contemplation in the heart of the château’s French formal gardens.

Patronage of the National Estate of Chambord: “National treasures such as Chambord are of vital importance for cultural heritage, the history of France and the French people, as well as for the international community. As the world rapidly changes, our constant commitment to the past helps to make sense of and improve our understanding of the world today. I am proud to support this project to restore the French formal gardens of Chambord and I urge others to join me in the preservation of Chambord and other historic sites that are of great importance for future generations.”

After founding Blackstone in 1985, Mr. Schwarzman played a prominent role throughout the company’s development. Blackstone is currently the largest alternative asset manager in the world. On September 30, 2016, the value of its assets under management totaled $361 billion.

An active contributor to international civic life, Mr. Schwarzman has held leadership roles in many of the world’s most prestigious organizations. Mr. Schwarzman is an Officer of the Legion of Honor. He is a member of the Council on Foreign Relations, the Business Council, the Business Roundtable, and the International Business Council of the World Economic Forum. He is co-chair of the Partnership for New York City and serves on the boards of The Asia Society and New York-Presbyterian Hospital, as well as on the Advisory Board of the School of Economics and Management of Tsinghua University in Beijing. He is an agent of The Frick Collection in New York and is Honorary Chairman of the Board of Directors of the John F. Kennedy Center for the Performing Arts.

At the same time, Mr. Schwarzman has been a long-standing patron in supporting education. Whether in business or philanthropy, he has always sought to tackle major problems and discover truly innovative solutions. In 2015, Schwarzman donated $150 million to Yale University to create the Schwarzman Center, the first campus of its kind in the historic Yale Commons building. In 2013, to educate future leaders on China, he founded the “Schwarzman Scholars” program, an international scholarship program at Tsinghua University in Beijing. The program, which received $450 million in funding, was strongly inspired by the Rhodes Scholarship in Great Britain and is the largest philanthropic project in China’s history, most of which is funded by international donors. In 2007, Mr. Schwarzman donated $100 million to the New York Public Library, of which he is a member of the Board of Directors. In 2016, Forbes named Schwarzman “the most powerful person in the financial world” and in 2007 he was named one of TIME’s 100 most influential people.

Generali France was the major sponsor of Chambord’ 500th anniversary in 2019. Its support was dedicated to two projects:

For the 500th anniversary in 2019, EDF created a special show on the château. The natural light of the sun and the moon that reveals Chambord’s beauty inspires this new lighting.

The illuminations were offered by EDF.

Groupe ADP hosted an exhibition of photos of Chambord in 2019 at Paris-Charles de Gaulle and Paris-Orly airports. 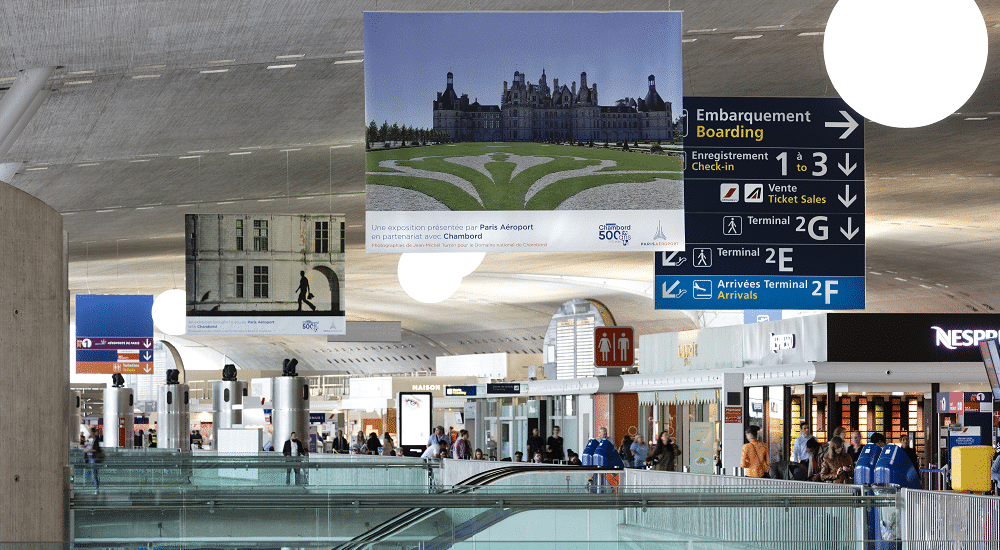 In 2018, AXA France financially supported the restoration of the Great perspective, an axis on the estate that crosses the château from north to south.